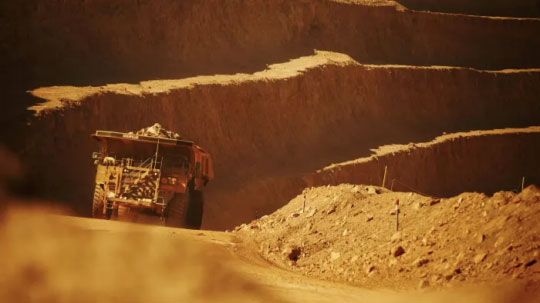 Copper hit $7,000 a tonne for the first time since 2018 on Wednesday, as strong demand in China and hopes for a wave of “green” stimulus measures lift the price of the vital industrial metal.

Benchmark copper prices trading on the London Metal Exchange reached as high as $7,034 in afternoon trading, their strongest level since June 2018. The metal, used in everything from air conditioning units to cars and power networks, has risen about 14 per cent this year, on the back of supply disruptions and China’s rapid recovery from the coronavirus pandemic.

Chinese president Xi Jinping’s pledge last month that the world’s second-largest economy would be carbon neutral by 2060 is expected to lead to a focus on renewable energy in the country’s next five-year plan, which starts in 2021. In the US, Democratic presidential candidate Joe Biden has promised a $2tn green energy and infrastructure plan if he wins the election next month.

Copper is emerging as one of the key ways for investors to gain exposure to a rollout of more wind, solar, batteries and electric cars, due to the metal’s use in electric wiring. “We believe investor interest in gaining exposure to the ‘decarbonisation’ theme is on the verge of reaching fever pitch,” said Max Layton, an analyst at Citigroup.

China’s move last month was a “massive fundamental shift” that would give a meaningful uplift to copper demand over the next two to five years, especially in China’s electricity grid, Mr Layton said.

Analysts at Goldman Sachs said metals such as copper could enter a “green-tinted bull market”. Copper consumption in the automotive and power sectors is set to grow by 2.3m tonnes over the next five years, accounting for almost three-quarters of projected global demand growth, Mr Layton said.

On average, an electric car contains more than three times as much copper as an internal combustion car. Copper is also used in wind turbines and to connect renewable sources of generation to the grid.

In anticipation of its rising demand, China, the world’s largest consumer of copper, has been stockpiling supplies of the metal this year, according to analysts at Macquarie. Vivienne Lloyd, an analyst at the bank, estimates that China could have stockpiled 800,000 tonnes of the metal, based on the difference between imports and production. A rise in the renminbi to a two-year high on Wednesday against the dollar also makes copper cheaper for Chinese buyers.

“We do not believe that China has over-imported refined copper in 2020,” said Nicholas Snowdon, an analyst at Goldman Sachs. “The surge in refined imports has been a necessary offset to sharp declines . . . resulting from disruptions in mine supply and scrap flows.”

Copper’s rally has also been boosted by supply interruptions due to Covid-19 restrictions on mining companies. Antofagasta, the Chilean copper miner, said on Wednesday that its thirdquarter production fell 4.6 per cent in the three months to the end of September from the previous quarter.

Supply could be under further pressure depending on the outcome of a constitutional referendum in Chile this Sunday. Chile is the world’s largest copper producer, from mines owned by BHP, Glencore, Anglo American and Antofagasta. Miners could face higher taxes or tighter controls on their rights over water if Chile’s constitution is rewritten, according to analysts.